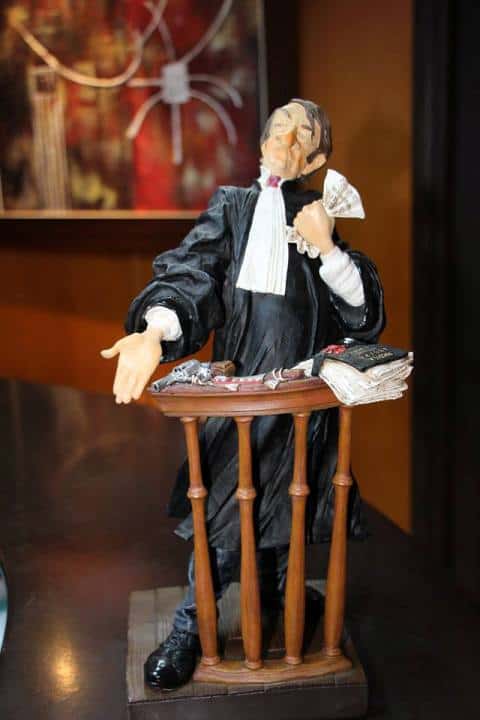 A LAWYER, THE BEST ALLY TO DEFEND YOUR INTERESTS

The Advocate is the voice of the voiceless, those who are wronged, all those whose rights are violated, the staunch defender of human rights and private and public freedoms.

In Tunisia , he is an auxiliary of justice whose mission is to participate in the proper functioning of justice by assisting or defending the interests of his clients.

He also has an advisory and intermediary role on the legal aspects of everyday life and he helps you choose the best way to prevent or resolve a situation and thanks to his training in law, you are assured that the mandate you you entrust it will be fulfilled in your interests and in compliance with the law.

1. The lawyer should advise:

Because the law is constantly evolving, it is important to always consult a lawyer before any trial or litigation. Indeed, preventive advice can save you a lot of time but also money. Your lawyer will inform you about the state of the regulations applicable to your problem and will help you to implement all your actions, giving them the appropriate legal form in compliance with the regulations.

If you are an individual, he will advise you in all the important moments of your life: choice of a matrimonial regime, advice on inheritance matters, for the transmission of assets, etc.

For example, in the event of a dismissal, he will advise you on the actions to be taken and refer, if necessary, to the industrial tribunal. If you are a professional, an entrepreneur or a company, he will advise you in the choice of the form of your company and will assist you throughout the life of your activity: creation of the company, drafting of articles of association, mergers, disposals , filing of patents, applicable rules in terms of labor law (dismissal, contractual termination, employee representatives, etc.).

2. The lawyer must represent:

In Tunisia, a lawyer can represent his client by carrying out procedures or formalities for him in his name and on his behalf. The legal representation functions are therefore:

For Example:
- a client is the victim of an accident, his lawyer will take all the necessary steps to ensure compensation for his damage and monitor compensation offers in accordance with current case law;
- a company is in financial difficulty, its lawyer will advise it and, if necessary, take measures to obtain, amicably or judicially, plans for staggering its debts, to help it "deposit the balance sheet ”or seek legal redress civil.

3. The lawyer must defend:

When no amicable solution can be found, a lawsuit begins.

The lawyer must defend the interests of his clients, individuals or companies, throughout the procedure, in all areas of law and before all jurisdictions of the judicial order. …) In Tunisia and abroad, it therefore intervenes:

4. The lawyer must arbitrate:

In Tunisia , the lawyer is also a mediator: during a conflict, the role of the lawyer is to find an amicable solution before referring the matter to the judge. Mediation is an alternative to trial because, unlike the latter, the mediator will act as an intermediary for the parties in order to reach an amicable agreement without going to court. Most of the time mediation requires a lawyer and a mediator although some lawyers have the capacity of mediator, in which case they can provide it alone.

Here are two examples of mediation:

- In a conflict between neighbors, the lawyer will suggest mediation before going to court. If the neighbor accepts, then the mediator will first try to renew the dialogue between the neighbors and then try to find an agreement satisfactory to both parties.
- In a dispute between two competing companies bound by a contract, if one of the two does not respect the contract and that a mediation clause was provided for when it was drafted, then a mediator will necessarily intervene first. recourse to the courts.

5. The lawyer should write:

In Tunisia, L’avocat acts as a drafter, for all contracts and all agreements, both for individuals in Tunisia and for companies.

In addition, in the event of a dispute with a third party, as we have seen previously, the lawyer can act as a mediator in order to find an amicable solution. He is therefore the drafter of the transaction which puts an end to the dispute, and guarantees you that the difficulties will not recur.

A lawyer can draft for his client: employment contracts, residential leases, commercial leases, promises to sell, transfers of business assets, transfers of shares. But also all legal acts relating to the economic and social activity of the company, professionals or individuals and the life of companies (drafting of articles of association, minutes of meetings, etc.

6. The specifics of the profession of lawyer in Tunisia:

The profession of lawyer in Tunisia is a liberal and independent profession whatever its mode of practice, several essential principles of the profession guide the behavior of lawyers in all circumstances.

Lawyers perform their duties with dignity, conscience, independence, probity and humanity, in accordance with the terms of their oath.

He also respects, in this exercise, the principles of honor, loyalty, equality and non-discrimination, disinterestedness, brotherhood, delicacy, moderation and courtesy.

He demonstrates competence, dedication, diligence and a duty of care to his clients.

In all circumstances, caution requires the lawyer not to advise his client on a solution if he is not in a position to assess the situation described, to determine to whom this advice or this action is intended, to precisely identify its client.

To this end, the lawyer is required to put in place, within his firm, a procedure enabling him to assess, throughout the duration of his relationship with the client, the nature and scope of the legal transaction for which its assistance is requested.

When there is reason to suspect that a legal transaction would have as its object or result the commission of an offense, the lawyer must immediately endeavor to dissuade his client from doing so, failing this. to achieve this, he must withdraw from the file.

The lawyer only acts when he is mandated by his client, he may however act in a case for which he has been entrusted by another lawyer representing the client or when he has been appointed by a competent body.

The lawyer must make reasonable efforts to know the identity, competence and powers of the person or authority by whom he has been appointed, when specific circumstances reveal that this identity, this competence and these powers are uncertain.

The lawyer advises and defends his client promptly, conscientiously and diligently. He takes personal responsibility for the assignment entrusted to him and informs his client of the progress of the case for which he has been entrusted.

The lawyer cannot exercise his right to stop dealing with a case at the wrong time in such a way that the client is not able to find other legal assistance in good time.

How to Become a Lawyer in Tunisia:

To practice the profession of lawyer in Tunisia, you must belong to the national order of Lawyers of Tunis which allows Tunisian lawyers to plead and represent their clients. before the courts and tribunals.

This is what sets him apart from a lawyer.

And to be part of the national order of lawyers of Tunis, it is first necessary to have obtained a university degree in law (level license in Law 3 years or Masters 5 years) and to be then registered for the national Bar competition .

The young Tunisian lawyer completes a training of 2 and a half years in the higher institute of the legal profession, and once he obtains his certificate of aptitude for this profession, he is under the obligation to complete an internship. minimum of one year under the supervision of a training supervisor, while continuing a training course at the end of which he is registered on the Roll of the Order . The Tunisian trainee lawyer has the same skills and ethical obligations as other lawyers.

Among the constants that our firm takes care to achieve, we highlight honest, serious and independent work, following exact professional methods, with sincerity and confidence in our relations with clients, in order to carry out the missions with competence and responsibility, in accordance with the law, the values ​​of justice and the ethics of the noble profession of the lawyer. We take care to satisfy our customers while having the conviction that conciliation is one of the means which can settle disputes and which is as effective as recourse to justice.

Among the principles rooted in our firm are the pledge of keeping promises and fulfilling commitments as required by the ethics, customs and duties of the profession with all honesty and sincerity, in order to restore glory and nobility of the legal profession.

We have introduced some renewals in the working procedures, adopting a rapid methodology with continuous monitoring.

To this end, our firm takes care to be close to the client, to understand all his problems and to be attentive, while taking care to minimize the repercussions of the difficulties, by moving quickly to the client if necessary.
< br>